I'm Just Gonna Be An Optimist About This

Why am I happy about this delicious mess? ;-)

Please watch for the Betty Crocker mind control/ancestral psychology in advertising example alone.
Posted by Anya Is A Channel at 9/07/2015 01:07:00 PM 1 comment:

The Interference Of The Human Species by Mark Passio

Tie a Yellow Ribbon Round the Old O.A.K. Tree 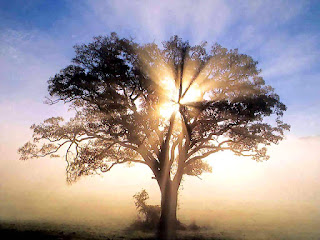 Oh, and yeah: I just happened to have been given this information about the telepathy unit and location telepathically.

Said source claims he's sad and wants to die. Hates being on this detail, that it's almost a fate worse than death if you are chosen for it and usually the people who are put on it are placed there because they were punished.

I don't know what the long term psychological effects would be of someone ordered to literally enter a civilian stranger's life, invade their brain whenever and wherever 24/7/365 for years for the sole purpose of intimidation and harassment and/or to make them think they are crazy and be institutionalized or worse, but this kid seems to be showing the wearing effects of that and it's not pleasant.

I could "feel" his stress, fear, deteriorated mental health and well being.

He told me that bringing this encounter up would put him on possible notice for execution for leaking of information and he considered it suicide by proxy.

I didn't have a problem with this. Mr. Suicide Oakley Wraparounds By Proxy harassed me in person when we last met several years ago on the subway, it was not a pleasant experience.

It's also a little hard to have sympathy for the person who is partaking in your brain rape 24-7-365 and participating in a counterintelligence  program to make you think you are crazy and/or deliberately participates in smear campaigns against you, stalking campaigns, and a program that involves coming into your home and altering clothing and objects just to mess with your head further,  and of course tons of horrific scientific and medical experimentation in MILABs and people coming into my home and conducting them on me without my consent or conscious knowledge.

So yeah: if he wants to end his life, he has my blessing. Suicide by proxy it is. If that's one of the few ways he can escape the contract that he signed when he became an above top secret black operative and thus automatically became a "Lifer", then bon voyage, kid.

Get your house in order, Gentlemen. Remember what I did to James Casbolt? He's in jail now.
For a dozen or more years. Poor baby. The lying sack of shit.
I warned you in the Bases interview and in this one:

I said people could die or worse. Nobody listened and they let the self-destructive, self-loathing chips fall where they may.

You're scared now. I can feel it.

I'm already getting "confessions" from your errand boy who looks like Timothy McVeigh. He's scared shitless. Mr. Oakley Wraparounds on the C train guy. You know the one.
Who's been on the Moon? The "I've been everywhere, man" guy.
The strawberry blonde who jammed me. The "got recruited when he was eighteen" guy. What is it with you people? Always recruiting and mind controlling babes in the woods? Cowardly?
When does this system stop?

Tell the truth. There's nothing else to do. You have no more "options". Your options are sold and dry. Adding water won't reconstitute that dried-out husk. It's dead, D.O.A.
I will send my "Order" if you don't do as I say. And you won't like them very much.
They'd like to go all "Hulk SMASH" on your ass. In fact, they're chomping at the bit.