The Force is strong in this one.

Scientology, the CIA, and MIVILUDES: Cults of Abuse

The Master Plan 2: Dawn of a New Day

Russia Orders Obama: Tell World About Aliens, Or We Will

The Latest, Certainly Not the Greatest 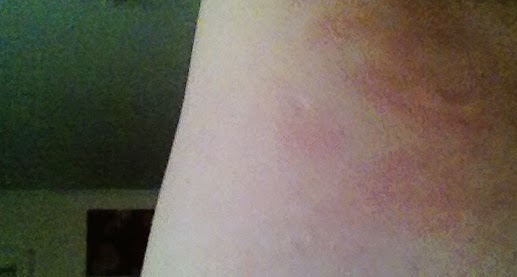 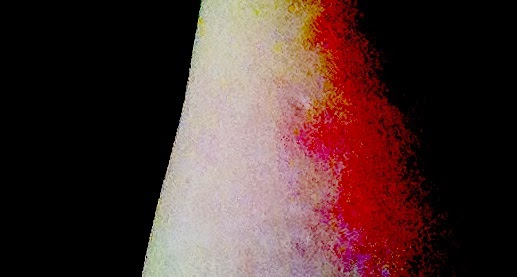 If you look closely to the left in the above top photo, you can definitely see some kind of transparent outline of some kind of humanoid creatures in the top photo. I didn't see anyone in the room with me when I took the image, but it seems like there are many transparent faces (?) of all kinds of creatures. I have other photos like this where a very elongated face with a pointy chin appears on my forehead and others, but they are not so easy to publish/view because you really have to squint/look and they tend to disappear if I adjust them for contrast. Let's just say that pictures of me for the last few years tend to have photo bombers of the unusual kind showing up in them.
This is the original image on the top, not retouched at all. 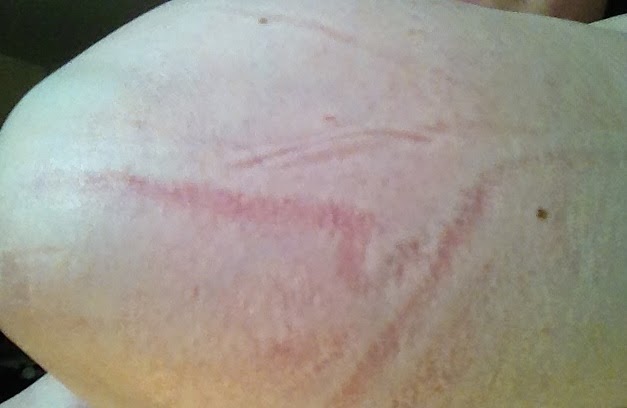 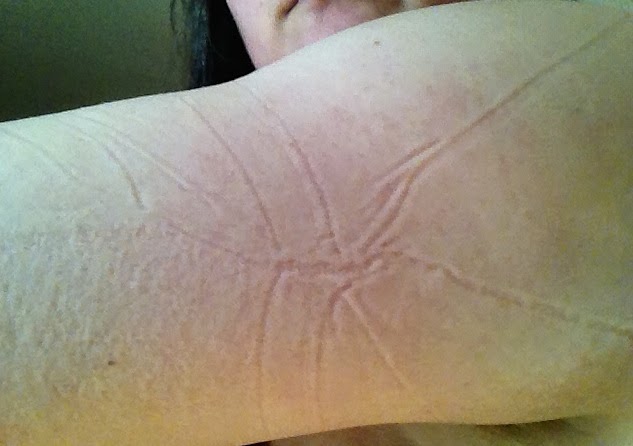 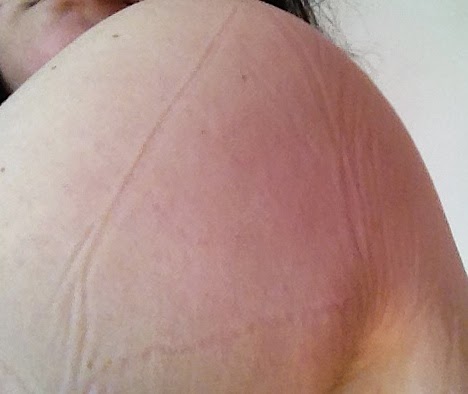 Then at the beginning of May, 2014, this scoop mark appeared one morning on my left thumb.
It faded/disappeared within a day: 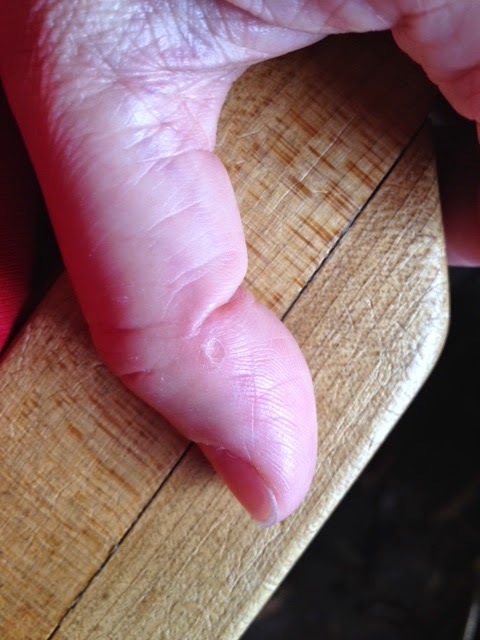 Then this injection mark/scratch/weird mark appeared on my hairline within a day or two of the scoop mark on my thumb fading. It definitely felt like a puncture of some kind, as if a needle had stuck it. It wasn't a scratch I gave myself or a blemish. 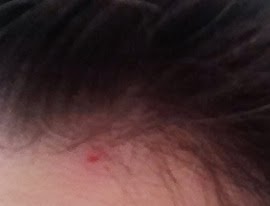 I also got the first case of edema I've ever had in my feet within a day or two of the scoop mark appearing on my thumb. My feet swelled up like balloons for two or three days and still are somewhat puffy, but have gone down to about half of what they were about five or six days ago, but it was hard to walk. They were comically swollen, literally looking like grotesque balloon versions of feet. Don't know if that was connected to any of this or not, but I could barely get my shoes on for three or four days there. (No photos available.)

I guess it would be pointless to ask you, John/Jane Q. Public what any of this is.

But... if any of you know what any of this is, please tell me. I would be ever so curious to know.

Is Nigella Lawson A Goddess? Russell Brand The Trews Ep28

"Imprinting" on the public of a "goddess" who has "fallen" sounds more occult ritual than you are willing at present to admit, Russell! Call it what it is- you never ask WHY the ritual is taking place in the first place. Why does it repeatedly happen again and again and again in the media? Why are so many "Gods" and "Goddesses" offered up in continual ritual "sacrifice" then? If not literally, then metaphorically? Either way sounds like a magickal working whether or not you choose to actually use the term.
But good for you for pointing out the Lion and the (chained) Unicorn and the media's job in all that.
Posted by Anya Is A Channel at 5/08/2014 04:25:00 PM No comments:

Shelter From The Storm

What's Up With The Black Budget?

"Our Only Hope Will Come Through Rebellion"

Thanks to James Gilliland for bringing this to my attention.