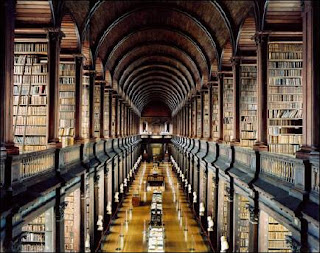 I somehow am able to temporally distort a wormhole in the trajectory of, yes, the Halls of Amenti.
I go there through the time portal that drops me in. It looks kind of like this illustration above.

I was suddenly transformed into this: 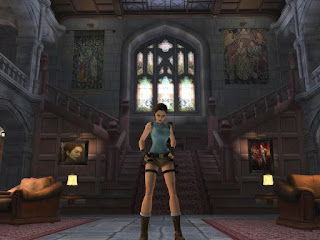 because I guess whomever ;-) wanted me to transform into this thought form as the best way to do it! (Haven't seen the film/franchise yet, but will now)

Along the way to where I need to go, was met with company. Am trying to get the closest approximation, again, I don't know any video games, I don't play them, I have no idea who this creature is, but this is the closest I could get on such short notice. He had fangs though and was minus the tattoos and was nude. Grey skin. 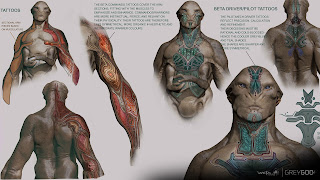 Actually he was more like this guy, but upright and even bigger, more "Hulk" like.
Sort of similar I guess. 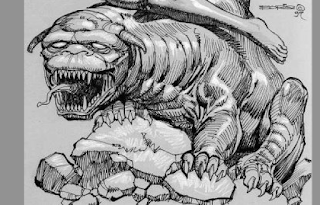 He was a guard.

He starts walking towards me menacingly, but then I pull out this scroll I somehow have on me,  unroll it and hold it up to him from about 30 feet away. There's writing on it in strange hieroglyphs that don't look like any ancient language I've ever seen on Earth, but for some reason, he can read whatever is written on the scroll from that far away and he lets me in.

Afterwards I do energy work on this person from afar. He says he wants to learn more, integrate, learn about the Old Ways, be One. He wants to be New Human. I am more than ready to assist. People are waking up to the new paradigm and this is just one superhighway way to acclimatize (or re-acclimatize) the New Earth/remember who we are/get together again- slowly, but eventually. In this lifetime.

I know this looks batshit crazy. But this is what I do. Astral travel is no joke. It's real. You can go here too if you are responsible and ready for it. It's no big deal in the scheme of things, but you must be trained and acclimated. Big deal about that.

I just visited an amazing place and time in time and space that I have no idea where it is or what it is for, really. But it's great! That is if you have the right visitor pass! I shudder to think what happens if you don't! Ha!

I want people to understand I am not completely unquestioning here and just accepting this blindly as an astral experience -- or whatever it was--- this could also have been a manipulation- I have spoken  many times about mind control programs I am in and the people who have done things to me against my will and without my consent most likely have used virtual reality simulators on me to manufacture perspectives/influence.

That said however, something weird happened (yes, even weirder than this) afterwards.
The guardian, or whomever he was, "appeared" in my bedroom that evening and asked for the document back. I gave it back through a means I would not like to share here for reasons that might be giving away too much information about the astral to those who remain uninitiated/could abuse it, and he left.

It really is a library, apparently!

But just to keep this a fair and open exploration, watch at least the first 30 minutes or so of this video.
YES, the fake applause is corny as hell, but he is speaking of what is exactly, precisely happening to me.
(Yes, really.)
No, I am not a paranoid schizophrenic or mentally ill- unless you count the Complex PTSD that I am still dealing with as a direct result from these unlawful/awful experiences.

As a sidenote, as I understand it, HAARP was shut down in 2013 to make way for something even more complex. Quantum computing might have something to do with it as well as nanotechnology, but I have no data on what replaced it now, however here is some info on the shutdown of the main facility in Alaska:

Here's some completely dreary info about something that was found applied surreptitiously to the back of my tooth most likely connected to a mind control program I am a part of, it's still there:

That said, we don't know exactly what this was exactly that happened, now, do we?

And I wonder why, if this was simply a virtual reality simulation, why whomever implanted me would be choosing to send information on the quantum level to another person... I am not including some things that happened in 3D while this was simultaneously happening, partially because it's too complicated to describe/happened so fast and partly because I don't know what it was.

How to fall for a Narcissist, Cult, etc.

Why is my "fairy tale, whirlwind" relationship a red flag?

Tom also says: Don't freak out, it's gonna be okay!

Love this. No, I don't speak with others about what I am getting re: as he says "this can be a super paranoid time" etc etc. This is just called "being tuned in". My astrologer friends often get the same exact information I am getting. It's all about energy. Learn to surf the wave or be sucked into the undertow by it, it's all up to you.
Posted by Anya Is A Channel at 5/27/2015 12:35:00 AM No comments:

Summer In The City - The Lovin' Spoonful

Stop Running from the Right Guys