The US Army is making telepathic soldiers right now.

Bilderberg Group - Does It Matter If They're Lizards? Russell Brand The ...

Shit, Russell, I happen to believe there are dark forces that mind control/possess certain heads of state, if you wanna call them Reptilians, be my guest, but I still approve of your message.

What you're referring to- "reptilians", some call them Jinn, some say they are possessed, there's all kinds of terms bandied about.

But there is ample evidence that there IS a direct connection/correlation between the invocation and worshipping of demonic spirits (whether as a "mere" initiation or otherwise regular practice) and the sociopathy of old boys networks vis a vis things like Skull & Bones, The Bilderberg Group, etc.

Something does and can take over your being if you summon it. If you deliberately do things like Goetian magick and think it's all a goof like your friend (and mutual acquaintance of mine) Daniel Pinchbeck did to further his career, you WILL in fact be possessed by said forces. Duh.

I've seen it in real time many times with black magicians who have tried Goetian and other forms of demon summoning, and have had people acknowledge to me, some of them women Pinchy's slept with/dated who said-- literally-- that he ***literally summoned a demon and made a deal with him to further his career and it worked.***

He made a stipulation that the demon never show up when his daughter was around and that seems to be the case as well according to mutual friend's reports.

But I personally have also experienced said demon in action working through Pinchbeck, who, after doing a group reading with him and other fancy people present for six hours (which he stuck around for the entire time), and asked for the PRINCELY sum of $30 a head for the experience, Pinchy questioned my morality as to "why" I was charging money for something this spiritual, shouldn't I be doing it for free?

And when I asked him why he doesn't give his books away for free and why does he do book tours, and why does he promote his books on Coast to Coast AM and basically any media outlet he can get his hands on, he said "I'm on a spiritual journey and want to share with people my mission".
To which I said "Right. So you're on a spiritual journey that just HAPPENS to make you money and I am just a money grubbing unethical person."

I did in fact at that time notice a little creepy fella perched on his left shoulder and mentioned to his said girlfriend later on about it and she said, and I quote: "He did a demon summoning ceremony to further his career and it worked". Not one but two women he knows--very-- intimately have in fact confirmed this for me independently.

Yes, new agers, hate-comment your defense of your beloved Reality Sandwich guru away.
I don't care. Dude really did commit himself willfully and knowingly to a demon to further his career. That's not up for debate.
Your leader of all things 2012/Mayan Calendar and Russell Brand's friend Pinchy is 100% possessed by a demon.

So if lil' ol' him's doing it, rest assured the "elite" have caught on to this very real phenomenon too and have DEFINITELY been using this technique to catch more flies with honey than you can shake a stick at. For eons.

Oh, and while we're at it, I'm gonna out another person who is either held sway by the Powers That Be, a possession of some kind or another, and/or is just a flat-out cloaked reptilian herself: 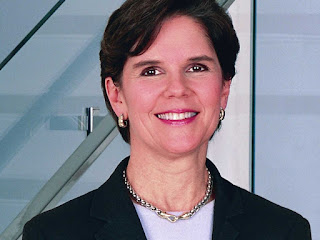 This woman is owned: Purchased by demons, whatever you wanna call it-- I mean literally, in the Occult ritual possession sense, she is owned:

Oh and what a surprise, she's a former intelligence officer! Just like Aleister Crowley was.
Not sayin', just sayin'...

Not surprisingly, this is the woman who was probably, most likely the basis for the character Nina Sharp in the tv show Fringe. She is played by the great Blair Brown, who, on the show is the director of a company not unlike General Dynamic called the unbelievably hidden and hard to connect the dots name of
Massive Dynamic.

Now who would know without insider information about this otherwise stuff?

I'm sorry, but working with Hollywood producer/writer types, mostly they really are clueless- the ones who ARE clued in however, are usually clued in by big insiders with big insider information, usually intelligence-based.

This goes on a lot and I know people who know that I know that they know and they know I know etc etc and they just HAPPEN to also know/are close, personal friends with former intelligence directors of the CIA like R. James Woolsey, who wrote papers personally condemning my grandfather and who also just HAPPENS to, on record, behind and in front of the scenes, be intensely interested in UFOs/advanced/exotic technology and all things psychic/mind control: http://anyaisachannel.blogspot.com/2012/12/more-wild-and-woolsey-trips-down-new.html, so I am not joking/this is not random.

(Again, big ups to the awesome JJ Abrams for going there! Love you! I think you are actually doing great work at exposing the Illuminati Great Work. Keep going there.You're gettin' it, Kemosabe. ;-)

No connection there to "fantasy" meeting reality, I'm sure! (FYI- you really need to see the show Fringe if you haven't already. Talk about hiding in plain sight/hiding the technology at General Dynamic's and other's capabilities/inoculating the public against the reality of what our current tech and science capabilities really are. I think JJ is doing this for other reasons besides the usual Illuminati Agenda- I really do think he has a moral compass and is actually leaving Swiss cheese/pothole-sized hints that are more than just "hiding in plain sight"- but I also think that if he speaks too clearly on the matter, he has a price on his head and can be compromised at the drop of a hat, so for now, does his bidding of his corporate masters. But not for much longer, I think.

For more on the Hollywood Magicians/coverup/inoculation program of the masses, see this: http://anyaisachannel.blogspot.com/2014/09/the-casting-couch-meets-cute-with.html

Trauma Bonding - Is It Love or Something Else? 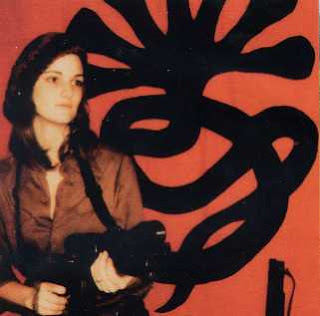 If you are feeling trapped but claim you "love" your captor, I mean spouse/significant other/friend/relative, you might have trauma bonding issues.

One of the best layman's term articles I've ever read about the physiological and psychological effects of why people stay in abusive (not just narcissistic) relationships of all kinds.
Very helpful, highly recommended.
Posted by Anya Is A Channel at 6/18/2015 10:54:00 AM No comments:

What to Expect After a Breakup With a Narcissist

The One Question that Changed Everything

Aleister Crowley was a Total Hack Magickian. Just my Opinion. 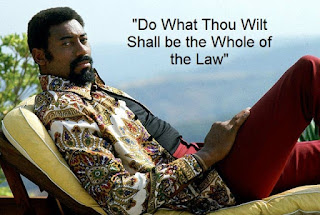 The Police - Message In A Bottle

It's hard to accept yourself when the whole world tells you if you step out of line (the imaginary line), you are crazy. It's hard to find people, like her experience, like mine, in this field who are accepting of who you are, and when you are yourself they get "offended" because they are looking at a part of themselves they can't accept.

It's hard not to have compartmentalized relationships with people as confidentiality is a big part of what we do, and that we "can't be seen in public" with many of the people who come to us for help.

It can be lonely at times, and definitely hard to find people who aren't clients who understand/are not culturally brainwashed to think we are "all" liars, frauds, crazy, etc. etc.

I understand the experience of befriending clients who maybe perhaps should have remained "students" instead. The reality is there are few non-psychic, non-aware people outside of our client base who seem to want to publicly be associated with people like us, much less willing to be friends in mutual reciprocity, respect, openness, and love. The really painful experiences are with the ones who ARE psychic, in hiding, and only want to know you surreptitiously and/or reject you flat out because it might destroy their "empire" and all they've built.

Many, many people have done at least one of these things to me socially, even though I came to them in the spirit of love and acceptance. Many people are freaked out by me and I suspect many open and out healers, psychics, "outliers" etc. have this problem, even if they haven't had that problem before they "came out".

It's ridiculous, it's 2015 and we are in the 21st century and much of this suspicion and public ignorance of people like us is a reality construct- an actual magician's trick by the Systems Builders, actually- who have carefully crafted a magick trick over the centuries to ostracize anyone who doesn't fit their plan. Of course secretly, those Systems Builders are all incredible psychics of many kinds, very powerful, but of course they don't let the general public in on the fact that one of the things they've hoarded for power and control purposes is that we really are all this psychic human, this intuitive, but the good news whether you accept it or will be dragged kicking and screaming the whole time and/or will be left behind is that we really are all waking up to this and the people who are still rejecting it, throwing the baby out with the bathwater on all psychic ability/paranormal activity and/or are making a part of their soul deadened/stale/an anachronism by hiding it because they can't accept publicly who they are are the ones most chomping at the bit to make fun of us.
They can't reconcile that The Other is them.
Like I said, it freaks them out.

You have to stand strong if you are a healer, those psychic bullies rejecting are only rejecting a part of themselves they don't want to look at, like a gay man insanely mad at his out brothers for being out so he decides to call them "weak" and make fun of them/ostracise them.

It's hard being who you are in a world that wants you to continually draw inside the lines.
Increasingly that pressure to conform is weakening, however.
Posted by Anya Is A Channel at 6/08/2015 02:13:00 PM 14 comments:

More Military UFOs paid for with your tax dollars, no you do not have access and no you are not allowed to know

Reality Creation and People From The Future

You have disrupted my serenity too, mate.