We are capable of so, so much good. 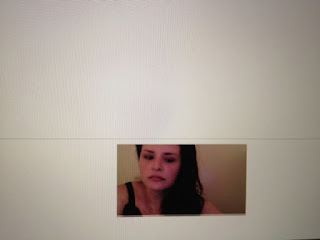 Just because someone is mentally ill does not mean they are a Super Soldier.

Mental illness does not give you a "pass" for this. It doesn't put you in a special "club", it doesn't make you smarter, or faster, or stronger. It just makes you mentally ill.

I feel very sorry for Erin Green Hicks and wish her wellness and healing. But I managed to watch about 15 minutes of her interview with Miles Johnston, and had some more notes on that if I may.

Here's what I immediately detected within five minutes: She may come from a Masonic, possibly Satanic family (certainly doing enough hand gestures in the beginning and making sure she lets us see her hand tattoos), and she has been put in a mind control program.  But it's not IBIS.

It's a COINTELPRO CIA program that involves scooping up high-functioning paranoid schizophrenics from mental institutions and halfway houses, brain entraining them to think they are a super soldier (or a genius scientist, or a journalist, or a celebrity's long lost son, or whatever they want to make of this person to exploit them, create a distraction and undermine the target) and then unleash them onto the public in a controlled environment like the Super Soldier Summit, where equally brainwashed journalists like Kerry Cassidy will pick up neurolinguistic and post-hypnotic suggestions from any number of buzz words Erin would, like the programmed good soldier she thinks she is, spout off and the next thing you know, you've got the perfect recipe for muddied H2O.

I wish her well, she definitely might have come from a deep Masonic family (am getting possibly a very other-side-of-the-tracks white supremacist biker gang version of Masonic-Satanic, but Masonic nonetheless) but that STILL doesn't mean she's a super soldier of any kind. In fact, I think she was offered up as a sacrificial good soldier to "throw herself on the sword" and be used as a disinfo agent.

She may have been very abused, again, she may come from a Masonic family.
But, she is not in IBIS, she is not a super soldier. The Illuminati has plenty of those types of unfortunate people in surplus for when they want to discredit anyone - a person like myself, for instance-- who steps forward in any category they talk about that is considered "forbidden" and are getting too on target about things.

Is it any wonder the last six, count 'em, SIX interviews I have done have either been significantly interrupted or flat out sabotaged/destroyed? I wouldn't even put it past the Powers That Be to make it seem like Erin's "message" was "tampered with" to give more import to her story as well, but I'm telling you: I smell programmed lies like you smell dinner. I don't make my living on "hunches". I see their delusions wafting off of them like heatwaves on tarmac. I know what I know and that woman is not a super soldier.

Mind controlled people like Kerry Cassidy need to stop exploiting vulnerable people like this poor woman. At least Miles Johnston keeps his journalistic neutrality hat firmly on when he interviews people, and he can admit that this is disinfo. At least he records it for the dubious document that it is. (Even though he commented that she "exhibits" characteristics of a super soldier. Uh, no. She "exhibits" the characteristics of someone who has spent hours and hours and hours of time absorbing everything and anything she can get her hands on pertaining to the curious phenomenon of the Super Soldier and has boned up on the storyline, but she is no more a Super Soldier than someone dressed up as Spock at a Comic Con who has taken the role just a leeeeeeeetle too seriously.)

There was something she said (mind control scripted) that triggered me and it had to do with the number 42.  Casbolt and this guy who claims he used to draw me on the walls of his cell without knowing it was me when he was in a mental institution both used it a lot in 2010 when we were more in communication. They were fascinated by the number and this man who drew me said in a Skype session once "It all happens when we're 42" cryptically enough.

Now I am 42 and truth be told, it was weird how Casbolt used to say he was "waking up an army" when I met him in 2010 and used to give me what I now realize were all these neurolinguistic cues that quite frankly, really f'd with my head.

I don't know why, but he could always manage to inspire the deepest form of dread imaginable in me, which is psychotic on his part, because I know he liked doing that and liked having that effect on me, so whatever. Now I know better.

But now Erin's spouting off this weird triggered "42" thing and talking about hierarchies and how you "just need to bring light to the world" and how Cas is an archangel and our "Commander" etc etc and it's just-- it's so brainwashed.  Erin (and I know you read this blog, so I will address you directly), if you knew the types of "light bringing" extracurricular activities your "Commander" gets into, you probably wouldn't be saying what you're saying. Dude is easily one of the most depraved in the extreme individuals I've ever met, trust me on that one.

Another noticeable point that came up was the "no judgements" thing. I've noticed that's something everyone who's insane and/or a drug addict always says because they don't want to be judged themselves for their criminally reprehensible behavior that they've unleashed onto the public once or a million times. The "Hey, don't judge" trope is also what every single narcissist and sociopath has ever said to me, ever (when they were in recovery mode and between trips to rehab and/or being committed/arrested/fired/kicked out of the house).

The way you bring enlightenment to the world is not through the rehashed Illuminati trope of "We are helping humanity gain wisdom through the experiences of torture, death, division and destruction".
Awwwwwww. What humanitarians y'all are! Thanks, but no.  Again: It's the malignant narcissist's cheap trick way out of everything and a way to avoid responsibility for their actions.

How about some true light:

"The Kid With the Replaceable Head" by Richard Hell & The Voidoids

Feel free to play the Beastie Boys song "Sabotage" before you listen to/watch this.
But it's a good one in spite of the weird Powers That Think They Be non-stop tampering and cello playing. (This is now the fifth interview in a row that has been tampered with live and in post.)

As an aside, the part where I challenge the legitimacy of the Erin Green Hicks interview was chopped up due to tampering issues. Due to the loss of footage, it makes it sound like I am demanding that Hicks alone has a lot to owe up to, and it's true- strong claims require proof, of which she has none.
But that said, in the tampering of the video part of the interview that was lost, prior to my reference to the Hicks interview, I was speaking of Kerry Cassidy at Project Camelot, who REALLY has some explaining to do. The lie of omission is still a lie, and mis- and re-direction is a lie as well, however well-intentioned or not her head space might be.

The irony is that you the PTTTB, you have just expanded, rather than contracted my voice and what is being said.  Instead of it all compressed in one place and time, now there will be a live cast expanding on this subject even further.

Maybe that was the plan all along.
I know you paid, pathetic shills all have a crush on me and this one-sided flirtation you attempt is just more of a pigtails-in-inkwells way of saying you are in love.

You know that realistically you would never stand a chance with me anyway, so this is the closest you'll ever get to scoring. What big, strapping, virile real men you are hiding behind the computer screen in your Big Brother's basement.

Whatever, I don't care what your plan is, your plan is boring and will fail and you're all cowards and some of you will have to answer to tribunals sooner rather than later than you think.
That's an inevitability, just as much as you can be certain of Spring with rain.

The results will basically be the same regardless if there's one interview I do or many spread out over time: Humanity wins.
Posted by Anya Is A Channel at 6/15/2013 02:52:00 AM 6 comments:

Yet another interview was sabotaged. No matter. Word's getting out, gentlemen, you scumbags, you. Third time's a charm.

Don't give up. We're just getting started

Booz Allen Hamilton admits it is against transparency, justice, liberty, and doing the right thing, Edward Snowden missing from his hotel in Hong Kong

In Other News, Water is Wet

I also wonder if Snowden's visited this blog.
I've used the Booz Allen label in combo with the CIA for SEO searches enough, the good Lord knows!

Booz Allen, leggo my Eggo! You keep crawling into my hair and thinking you can make a home here without paying the rent. That's what Max Spiers did to me for months,  I don't need any more grifters and crazy people in my life, thank you very much! It seems the overreach of a "private" corporation like Booz Allen seems to have a lot of connections and access to the CIA, hmmm... look where they sourced this guy from.

More From The "Truth Is Stranger Than Fiction" Department:

More evidence of the secret UFO researcher Bilderberg-style summit that happened in Bucks County, Pa. Last fall and another attendee to add to the list 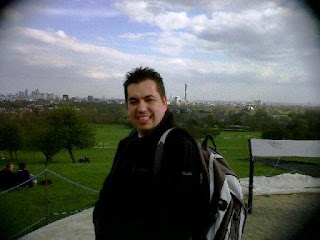 Recent interview with the larger-than-life researcher Tony Topping. We discuss my direct, personal experiences with above top secret mind control and telepathy programs, the Bilderberg-style secret conference that happened in November, 2012
with some of UFOlogy's most prominent and respected researchers, and more.

Tony's a good lad. Stop harassing him with the MI5 and 6 helicopters, willya?

The Folly of Men Who Rule New Worlds 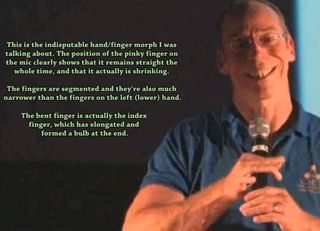 This is definitely strange. I don't agree with everything that's being said here, but the timing is interesting as well as the fact that the author is picking up on much of what I have been saying for a while now here: