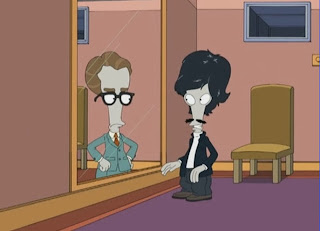 We have met the enemy and he is us.

The next phase in all of this is mind control on the human populace. What, did you think all those vast amounts of tax dollars you pay are for filling potholes?

You think that my story is disconnected completely from the rest of the public. Nothing could be further from the truth. As I have stated tirelessly time and time again, those of you who remain in ignorance or willful ignorance or who know and refuse to speak of of the secret mind control programs and advanced research groups like DARPA using this technology on "test formats" like me, will see your children used and abused by this as well.

You are not immune to this, researchers and general public. YOU are the targets next if you already haven't been used in one of these things. Ignore this topic at your peril. This is what was really going on in the Blue Cube, and I know people who were worked on as a result of it.

What they thought they were working on for three years (a dull desk job where "nothing happened") couldn't have been further from the truth. I will slowly leak out this person's story.
It will not happen all at once.

As a former student test subject myself, who just HAPPENED to be chosen "at random" for a TELEKINESIS EXPERIMENT in the early 90s, I can safely say that big science has not stopped finding newer and better ways to tamper with the human brain and weaponize it since then. And they had been working on the testing for the experiment I had been a part of in 1991 since the mid-1970s at that point.
What do you think is at their disposal now?

Now they are turning this former military, contained, and compartmentalized place formerly known as Onizuka Air Force Base and turning it over to the hands of Universities and private industry, which is a nightmare incarnate. Just about the worst thing they could do. You think the military is bad, wait until private industry gets going on this. They already have, but I digress. You still think this stuff is all made up, what I am saying. You want to continue to rearrange deck chairs on the Titanic and stick your head in the sand, be my guest. I'm just doing what I feel is due diligence.

All of these broke college students who think they will be used as one-time paid test subjects or people in the course of study who just think they are doing their part of the curricula just like I once thought, will be tracked and also made targets for drugged interrogations that they have no memory of, targets for MILABs and targets for being mind controlled the rest of their lives.

Alien technology is at the forefront of this and reverse engineering plays a part in all of this.

It is not an accident whatsoever that my source who is telling me about their time in Onizuka was involved with the technology that played a part in figuring out and "translating" propulsions systems technology through telekinesis, telepathy and symbiosis as well.

I see colors coming off of people's energy fields left and right and know that when the color is in the wrong spot on the human form, it means they are in imbalance, usually emotionally and health-wise too. The energy body holds much trauma and emotion that is not allowed to be expressed properly as well, and humans are so sensitive and so subliminally psychically developed, that if for example, they are told as children to hide their emotions and be "tough" and not show any pain visibly, they will in fact hide it away in a spot on the physical form.

Often I have found people's middle backs, shoulders, below the shoulder blades, and throat as well as heart area are most affected and the most common places to hide pain. Interestingly enough, monarch slaves and super soldiers will also have an unusual placement of black attacking energy when worked on in the forearms and arms. I have never experienced that part of the body having energetic issues with anyone else.

Psychological trauma will place this pain on the human form and manifest usually in the form of migraine headaches, joint aches and pains, intestinal issues,  arthritis, and carpal tunnel syndrome as well as other chronic or ongoing pain issues until the real issue is dealt with, which 90% of the time is either past life pain that has no place in the present life, or issues dealing with emotional suffering, neglect, pain and trauma in this life that were never properly dealt with emotionally and psychologically that has been the burden of the client to carry around with them their whole lives without fully realizing they are doing it.

Disease can be broken down as a word: dis-ease. That is exactly what can happen as well when people sometimes form colds, flu, infections, and the like due to immune system imbalance from said hiding of pain as well.

In most industrialized nations, we live in a totally imbalanced, dysfunctional culture that says it is "inappropriate" to express pain and suffering in the public format. It's considered not "going along to get along' if someone confronts the source of their pain verbally, and you are considered "difficult" if you have the audacity to call someone out  on their behavior who have caused this.

This is another form of the perceived rule of authoritarianism, fascism, narcissism, socipathy, rape culture, violence culture, abuse culture, "Top-Dog/Underdog" thinking, Madison Avenue advertising brainwashing, heirarchies, slavery, the deliberate dumbing down of people and the agenda of the cult of death that says that pain is good, pleasure is stupid, and confusing the two sensations is the way the world works and what will get you ahead.

Not surprisingly that is the agenda of the illuminati as well. This is the definition of trauma culture.
This way of thinking eventually for most people is what will also cause autoimmune disorders and cancer too- the body literally activates its inflamatory response and causes the person to literally begin attacking themself from within with the contradictory lies and disinformation they have been told about themselves and the nature of reality for years.

Pick and choose your battles carefully, but nine times out of ten, it is always better to hash it out with someone and confront them on a slight or issue as soon as possible, or as soon as is necessary to nip the problem in the bud.

Often it will be a slight misunderstanding and the situation can correct itself, hopefully achieving a better state of mind and relationship with the person you are confronting.

In my experience however, I know there were many people who either wanted to deliberately hurt me, or who were guided through someone else, whether surreptitiously or directly, to cause me hurt and suffering in a pathetic attempt to block my path. (Newsflash: It hasn't, won't, and can't stop my path. So have fun with that, cowards. But you will continue to fail as you always have.)

Still, after using judiciousness and discernment and deciding to act, it is always better to confront these bullies head on as well, because nine times out of ten they will cowardly skulk off and never confront you again, thus easing your pain and suffering immediately.

Those people are designed by nature or by programming to never be happy within themselves, which is a shame. They have been led to believe they are the controllers as well.
Nothing could be further from the truth. They are slaves.

R. James Woolsey, the love of my life, threatens loss of power while at the same time has people tell me that I would be a civilian telepath liaison in case of loss of power. 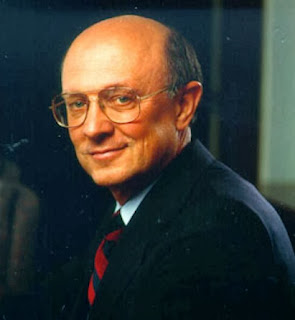 Oh you hot stud, you. You really think you're the bees knees, doncha?

I don't care what you think of me, this really happened:

I really was told that I would be activated as a civilian telepath liaison in case of catastrophic loss of power, and that I would be linked in a neural network to send and receive messages of a covert nature to then transport to others as necessary.

I am beginning, and by "beginning", I mean for years now, to think the people who claim to have been nice to me and wanted what was best for me from the Space Command end of things are not really interested in my well being at all. Beyond what I can do for them, of course. And anyone who knows about this and what's been done to me needs to tell people about it and produce results that would help me for once.

You will be the one who suffers if you remain silent, not me.

And I want a lawsuit against the people who did this to me. Now.

Am really starting to think that Booz Allen Hamilton is behind this as well. Seeing as R. James has such a violent crush on me and so forth.

Violence against women—it's a men's issue: Jackson Katz at TEDxFiDiWomen

Didn't anyone ever tell you that patience is a virtue?

An Open Message To Congress On Syria

That which you reap, so you shall sow.

Fleet Foxes - He Doesn't Know Why