Trusting My Soul to the Ice Cream Assassin

A Message To Healers And Empaths

WE BECOME CODEPENDENTS IN OUR CHILDHOOD. How and Why We Become a Codepe...

Strange Little Girl, Where Are You Going?

Email ThisBlogThis!Share to TwitterShare to FacebookShare to Pinterest
Labels: ;-)

My Dinner With Andre(w), Part II

What is Quantum Mechanical Superposition? 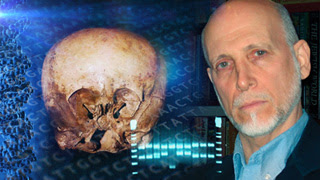 So me saying mind control attempts to re-direct/misdirect the dialogue and infiltrate from within/corrupt/poison the well with key figures in Ufology is "fantasist" and wrong according to the critics, but then there's this- a current rash/wave of curious deaths and setups in the UFO community in the last 12 months.

No connection, I'm sure! If they can't kill you then discredit you has long been the mantra in intelligence communities, but then I'm just some silly girl psychic flake whom nobody takes seriously, so…

Maybe there's a chance Steve Bassett was listening to my words and heeding them. I hope he did, I like him as a person otherwise. Or maybe his friends dropping dead of sudden and aggressive cancers or finding themselves at the center of a smear campaigns/setups did it.

I thought Phil Coppens and Lloyd Pye's deaths were highly unusual as well but no one dared mention it while both of them were dying.

Not saying this is connected at all, but Dr. Roger Leir just died yesterday. He was a nice man who wasn't able to help me and who ultimately wanted me to do things I didn't want to do (rip my tooth out re: the anomalous object of unknown origin applied to the back of it and have a CAT scan) but he tried to help, he really did.

I am not sure of the timing of this- quite frankly was thinking his time was coming a couple of years ago for a natural death, this might not be related but it is curious timing.
Either way, my thoughts and prayers go out to the family of Dr. Leir.

I am hoping this can be considered Bassett's spell being broken in terms of him being a subject/target for potential manipulation. Lord knows the PTB (or as I call them PeanuT Butter) would love nothing more than these men and women to be deemed publicly "insane" and have a very "real" breakdown at a podium and then six months later mysteriously die in an "accident".
Posted by Anya Is A Channel at 3/16/2014 12:48:00 PM No comments:

Rudolph - The Island of Misfit Toys

"He (a local) would never go into them because "they were haunted by a giant snake called El Hanash"
(re: my claims that an ET/Hybrid race of Reptilian/hybrid/ET beings were in this cult underneath the Sphinx without ever having read or heard The Emerald Tablets of Thoth or having heard of the Giza/Gizeh Intelligence before marks started showing up on my body)
Posted by Anya Is A Channel at 3/08/2014 05:34:00 PM No comments: